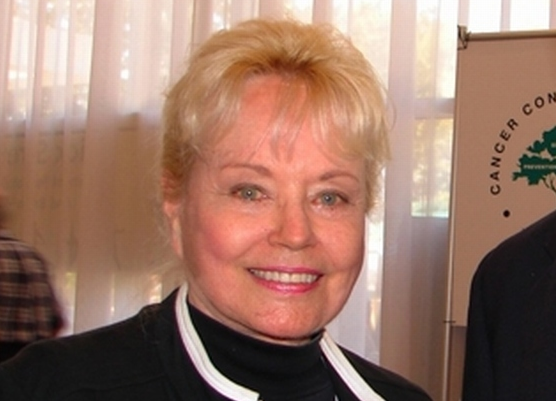 Do Holocaust deniers live on the fringes of our society? Are they only a part of the extreme left and extreme right? Are they neo-nazis? Are most of them men? Perhaps low IQ?

This may indeed describe many Holocaust deniers, but not all of them.

Meet Dr. Lorraine Day. Yes, a doctor. Specifically she was a trauma surgeon practicing in San Franciso when HIV was emerging for the first time. In fact, there’s a back-story about how the aids epidemic affected Dr. Day and her work, but that’s for another post.

Dr. Day was also married to U.S. Congressman Bill Dannemeyer. It was during his term in Washington that the resolution in recognition of Rabbi Menachem Mendel Schneerson, Education Day and the Noahide Laws was passed. Again, that’s another story.

Dr Day claims she had cancer and cured herself. She wrote a book about it and is frequently interviewed about how she did it. There are reports online that call into question her cancer as well as her cure. But that’s not the story I’m here to tell either.

What I want to share with you is that Dr. Lorraine Day is also a virulent anti-semite and Holocaust denier who is very public about it. Her website (Good News About G-d – and no, I won’t link to it) was banned in the United Kingdom. Many of her videos have been removed from YouTube but then more interviews are done by different YouTube channels and her ugly hate speech shows up again.

My objective in this post about Dr. Day is to get you angry. I want you to join the fight and report her videos to YouTube in an effort to have them removed or restricted. It doesn’t work overnight and sometimes not at all, but reporting is the only tool YouTube provides. My biggest concern is that YouTube is visited by so many young people who may not have an opinion yet about Jews and the Holocaust. They may know nothing about either. Their exposure to this content can be very influential, especially to the horribly misguided who are contemplating getting a gun to shoot up a synagogue.

We can’t assume people “know better” than to believe this content. We can’t turn away and pretend it’s not a big deal. We can’t deny young people are seeing these videos. We can’t say “never again” and not address the dangers of antisemitism where we find it. It is happening again and the “how” is right in front of us when we watch Dr. Day. The chat room that runs in many of Dr. Days interviews are full of like-minded people who praise her for truth-telling. What we think of as absurd is thoroughly embraced by others. Platforms like YouTube need to pull down this material quickly but they don’t. They should be held accountable, but they aren’t.

I’m going to let her words speak for themselves and post her statements here in my next post in order to show how awful it really is. Keep in mind this will be a very SMALL sample of Dr. Days hate speech. She can go on for hours and hours on the subject of evil Jews attempting to run the world. Frankly, I’d settle for Jews running YouTube if it would get Dr, Day banned from it.